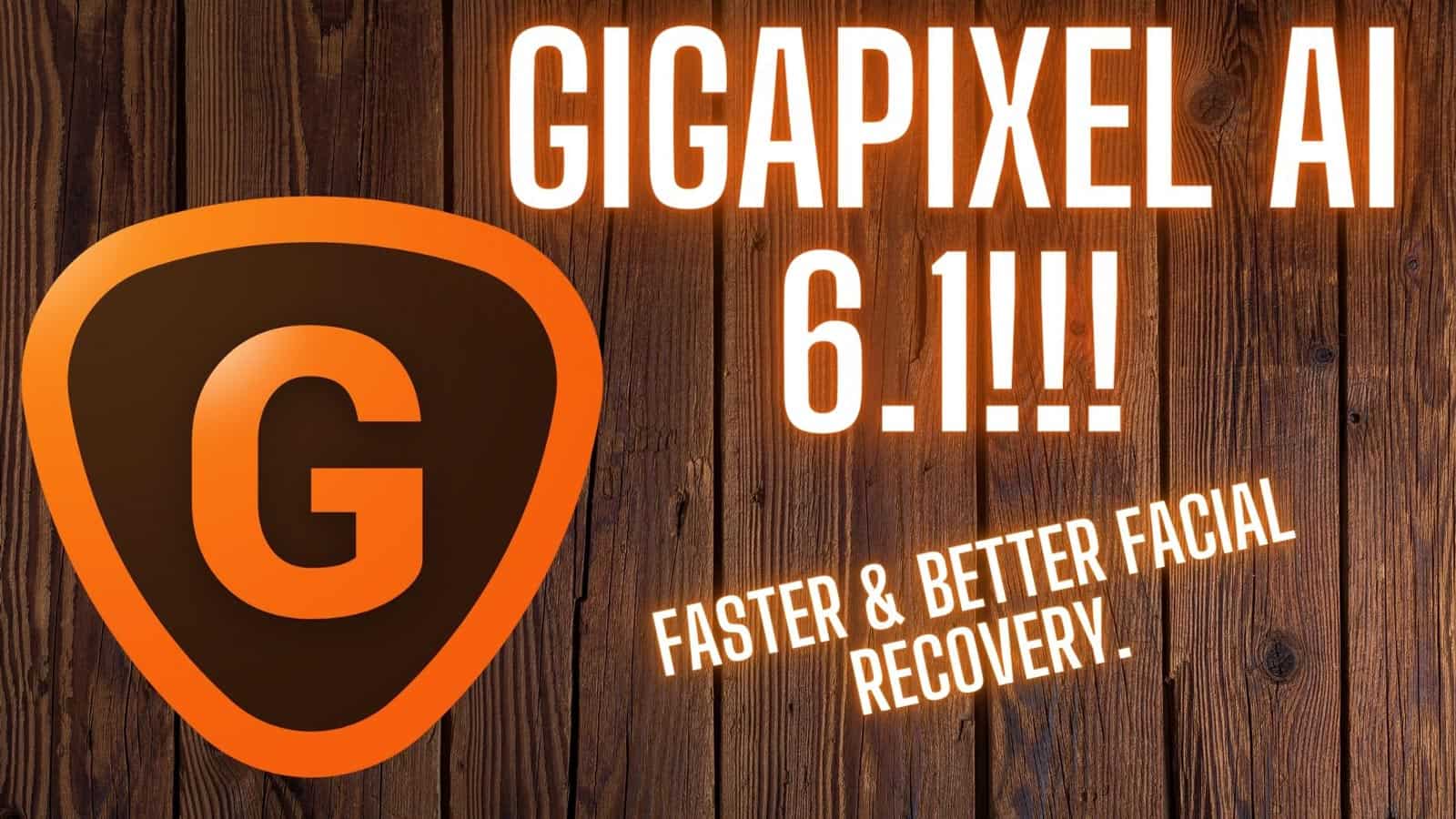 Gigapixel AI 6.1 Topaz Labs have done it yet again.

This update is more than just concentrating on facial recovery and a few bug fixes there is a big performance improvement for Nvidia GPU users also.

Facial recovery in Gigapixel AI 6.1
Gigapixel AI 6.1 has a new slider and it’s the “Face Recovery Strength” slider in Face Recovery mode. I have played around with the 2 photographs below in both Gigapixel AI 6.0 and now in 6.1 and you can see for yourself the difference in the two of them.
I have a link below where you can download the files before upscaling and also the 6.0 and 6.1 results so if you are thinking about paying for an upgrade you can have a good look before you spend your hard earned cash like I just did. I thought that was a better idea than me just popping up a video on it.

So is Gigapixel AI worth the update?

Well I just updated my Topaz Labs Image Quality Bundle package to get it. I upgraded with the “Photo Upgrade Plan” which costs $99.- and I also used my own exclusive discount code which is below so I only paid $84.15 how cool is that….

How does Facial recovery work in Gigapixel AI 6.1

The photograph below is the edited file in Gigapixel AI 6.0 and as you can see the detail levels have been greatly improved with “Face Refinement” enabled but it’s still not quite right and the facial details have been recovered slightly but by any stretch of the imagination. Face Refinement was originally added in Gigapixel AI version 5.8. As you can see the results are still good enough though.

So let’s have a look at Gigapixel AI 6.1 and how that works with the new “Face Recovery Strength” slider.
Please find the same photograph edited below with version 6.1 and see how much of an improvement there is to the facial details… Again if you download the original files at the end of this post you can see them all for yourself. I am using compressed images for this website so you really would be better off downloading the original files you can clearly see a good difference especially around the eyes, mouth and overall sharpness and detail levels of the photograph.
The original image nearly looks out of focus when zoomed in and the 6.0 image is definitely better but it’s the Gigapixel AI 6.1 version that is the sharpest and just has buckets more detail it.
I have to say version 6.1 has blown me away and this in my mind is nearly worthy of being called version 7.0 there has been such a step up not only in speed but also the facial recovery aspect will be  life saver for all those portrait photographers and image retouchers out there. 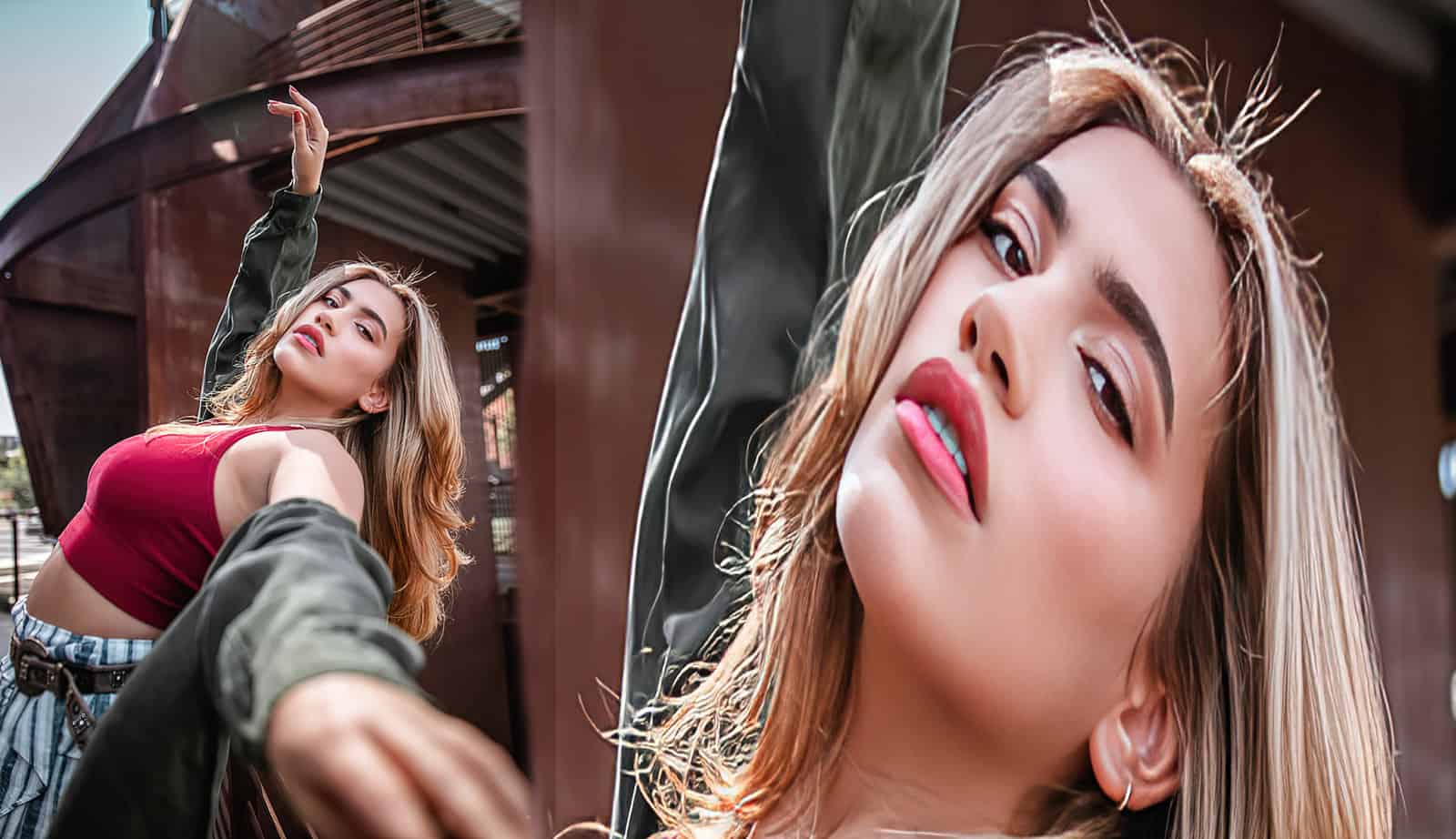 Gigapixel AI 6.1 the king is back.

I have been a serious fan of Gigapixel AI now for a bit and yes I also use Photoshop Super Resolution and ON1 Resize AI but I have to say this is back to being my favourite out of the lot now.
Is it must me or do you also sense a comparison blog post of Photoshop Super Resolution vs ON1 Resize AI vs Gigapixel AI 6.1 !!!! Now that could be incredibly interesting to see exactly how much of a difference there is between these 3 resolution boosters.
Oh and btw it’s not just about increasing the resolution of your photograph there is so very much more to enlarging software than that, a good AI resizing software finds hidden detail and corrects pixelated images and through yes you guessed it Black Magic 🙂
Download all the images by clicking here.
You can read my full Gigapixel AI Review here if you want to know more.
Don’t forget to check out my latest offer on my Topaz Labs Promo Code page here.
Looking forward to that one so stay tuned for that blog post in the coming week or two.
See you out there,
Kieran.

Luminar Neo 1.06 Update and Mask AI now included. How to score 100 on mobile and desktop in google pagespeed insights.