My Topaz Gigapixel AI review (Version 6.1) and is it still worth it in 2022? Incl my special promo code. 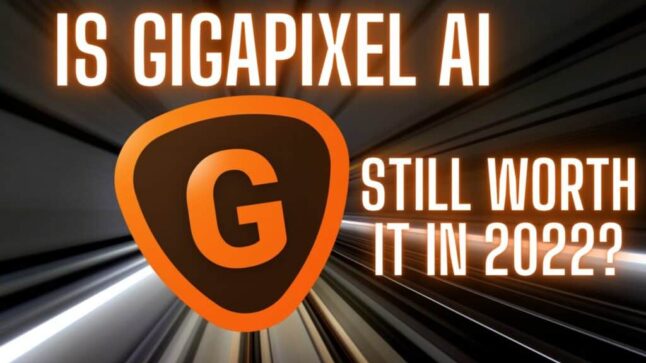 Welcome to my Topaz Gigapixel AI review version 6.1 and Gigapixel AI promo code… so is it still worth it in 2022?

If you want to know exactly what was in the update for version 6.1 click here to read my blog post on it.

This Topaz Gigapixel AI review is broken down into a few different sections and my conclusion is just below also if you don’t want to read the whole article. 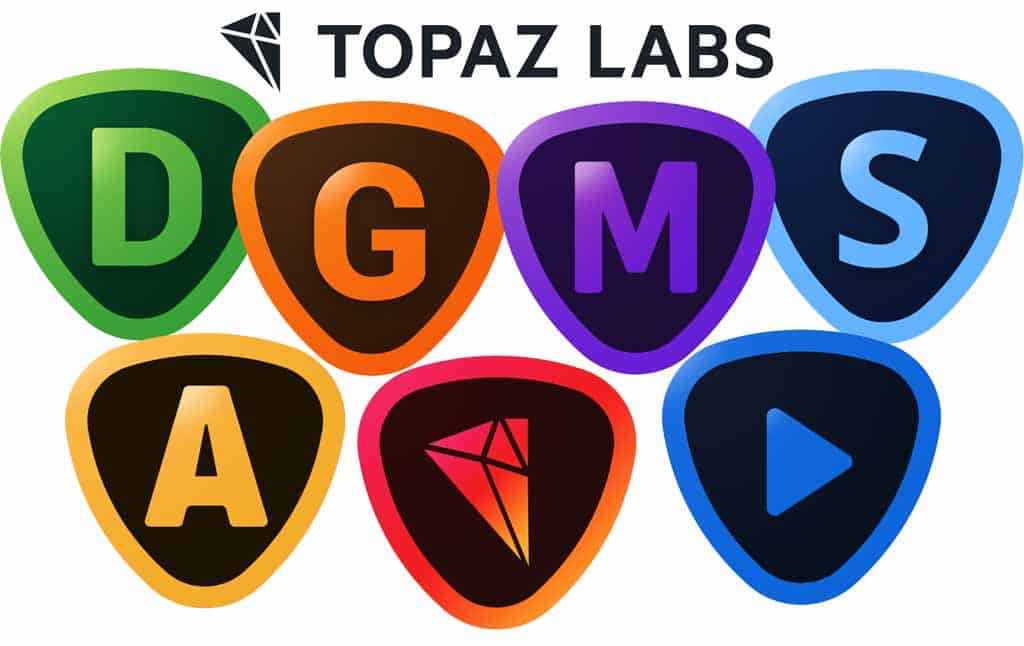 If you use my Promo code you get an additional 15% off and I get a slight commission too, for every sale made I have committed to pay for a tree to be planted to help keep this planet beautiful. It’s my way of giving back to this beautiful world and helping Mother Nature.  I have a page here explaining my affiliate links and discount codes as well as commissions if you want to have a read of it. You can also try it for yourself with the Gigapixel AI free trial by clicking here.

I have this Topaz Gigapixel AI review broken into a few different sections and I also have my Gigapixel AI review video below which I highly recommend you watch as it’s the best way to understand this software, a picture is worth a thousand words as the saying goes.

I was completely blown away by this software in my review for a number of different reasons. It has put a huge smile on my face a numerous times already.

There were so many old low res images I had that just weren’t good enough to print and now they suddenly are thanks to the black magic that’s performed in Gigapixel AI. As you can probably already tell the outcome of this Topaz Gigapixel AI review is going to be very positive as I am more than sold on this software and to think I wasn’t using it a year ago is just crazy to me now. What was I thinking???

My Gigapixel AI review for version 6.1 is on the way but you can click here to read my blog post on the update until then.

Topaz Labs have yet again pushed the boat out with this software with the new 6.0 version. So let’s look at exactly what they have improved on from the previous version.

Topaz Gigapixel AI in a nutshell.

My Gigapixel AI review video hits the nail on the head on how good this software really is but to put it all in words I suppose I have to share this example with you.

In my review video I talk about an old favourite shot of mine that was taken on my Nikon D70S which you may or may not know was Nikon’s first Pro grade DSLR camera and it had a whopping 6MP sensor (yes, hard to believe isn’t it).

Now 6MP is not that bad but and even though I took the shot ad at a focal length of 300mm I still had to crop in a good bit as the horse was standing on top of sand dunes with the sun lighting up the clouds behind him. There were seconds to take the shot so I quickly took it before he moved. There was no way to get closer in time it truly was one of those spur of the moment shots and I just had to take it.

So a 6MP shot heavily cropped left me with a 3MP file which let’s face it was never going to print well above A4.

I personally always wanted a good A2 or A3 print but I knew in my heart it wasn’t possible… Then here comes Gigapixel AI you absolute beauty.

I Gigapixeled (if that’s even a word) that lone horse shot and now I can finally print it in A2 with results I am going to be more than happy with. I highly recommend you watch the video above to see that in action… Mind Blowing stuff.
So thank you Topaz Labs for giving me this image and literally transforming some of my work.
That for me is exactly what Gigapixel AI is, it’s a photograph saver and an awesome tool to help you save and transform your work. In short it’s a little miracle that just shouldn’t work but it does…

Who is Gigapixel AI for?

Well it’s for everyone really… Now do I really mean everyone? Yes, I do.

Before everyone starts shouting hey why two groups and we can’t all be divided into these groups, I would like to say yes I know that but it’s more the grade or resolution of the equipment I am talking about not skill levels. Pro equipment these days has generally plenty of resolution with 46mp + sensors becoming very common now, hobbyists might well be shooting with lower resolution gear 24MP (this is not always the case I know and often times pro togs have 24mp sensors also).

As a professional photographer (I cringe inside when I say that) I am fortunate enough to have the latest pro-grade gear with me at all times but I have a lot of older files that just wouldn’t print well in larger sizes and Gigapixel AI has solved that issue for me.
Now, those of you saying ah it’s only for older shots so then are both right and wrong as I have also used it on several drone shots which were taken on both my older Phantom 3 pro and my Mavic 3 Pro which still struggles to print in larger formats.
So for drone users this is an awesome bit of software especially if you need to crop the image a bit.
You can also find yourself shooting and suddenly something special happens that you happen to see out of the corner of your eye but you have the wrong lens on your camera!!! So you have to crop in heavily to frame your subject correctly a bit like my horse shot for example again if I had a 24-70mm lens on my camera today and had to take that shot I would have had to crop it in a lot.
Even though it’s a 46mp camera my file size would still be fairly small so again Gigapixel AI comes to the rescue.
Hobbyist often find themselves shooting with lower resolution sensors and shorter focal length lenses (not always of course I know that) so again cropping and Gigapixeling (now I am really just making up words) your photo will work well again.
So it really has it’s use for for all photographers out there.

Is Gigapixel AI as good as using an original high resolution photograph?

What I will say is before I did this gigapixel AI review I would have never thought you could recover shots like this. It is incredibly impressive how the software makes detail out of practically no detail, that alone has shocked me and to those people that say it’s just sharpening your photographs then I would say explain the last part of my video then.

I edited those files for the first time as I recorded the video and I was without doubt speechless at more than one stage. There are digital artifacts when you zoom in a lot and yes it’s not perfect but it is amazing how it does it at all. Gigapixel AI really is an impressive bit of software and as part of the image quality bundle it’s a steal.

This version of Gigapixel AI has really blown me away and I would personally gladly pay the minimal price they are asking for it if only to be able to use it for 2 weeks to enlarge all my images and recover some more amazing detail in my photographs.

Again I encourage everyone to try it for themselves and don’t just take my word for it. See how you get on and do your own Gigapixel AI review in your own time with your own images and see if it proves to be as value for you as it is for me.

So go check out the free trial here and let me know what you think of it. It’s easy to download and no credit card details are required for the free trial.

Don’t forget the Gigapixel AI Promo code below to save you 15% and it also works on any special offer available at the time. Available all around the world click here to get your copy with Promo code to get 15% off.

There is another bit of photography resizing software available so feel free to checkout my ON1 Resize AI 2022 Review.

Luminar  I have reviews of the Skylum range of photography editing software also (click on the name for the review)Luminar AI   and Luminar Neo.
ON1 including ON1 Photo Raw 2022, ON1 Resize AI 2022, ON1 NoNoise AI 2022 and check out my ON1 Promo code here for 20% off.
I have two other Photography software Promo Code pages if you are interested in them…. I have the ON1 Promo Code Page here and the Luminar Neo and the Luminar Discount code page here also.

If you would like to learn more about Photography then why not attend one of my photography workshops.

Gigapixel AI version 6.1 is out now click here to read my review of what’s new in it.
See you out there,
Kieran.
Landscape photography Ireland Topaz Gigapixel AI Review June 2022 by Kieran Hayes.

Is Gigapixel AI any good?

Do I need Gigapixel AI??

Gigapixel AI is an incredibly handy bit of software if you need to upscale your photographs x2 x4 or x6 times it’s size while not only keeping detail but helping to add a bit more with it’s amazing AI algorithm, so for me it’s a big yes, you need to have Gigapixel AI

Is Topaz gigapixel better than Photoshop?

Yes Topaz Gigapixel AI is generally better than Photoshop and its Super Resolution image upscaling facility. Not only are the enlarged images in Gigapixel AI sharper but they generally create more extra detail also.

Share
Home » My Exclusive Topaz Labs Promo Code 2022 up to 40% off all their Photography and Video editing Software. » My Topaz Gigapixel AI review (Version 6.1) and is it still worth it in 2022? Incl my special promo code.
a