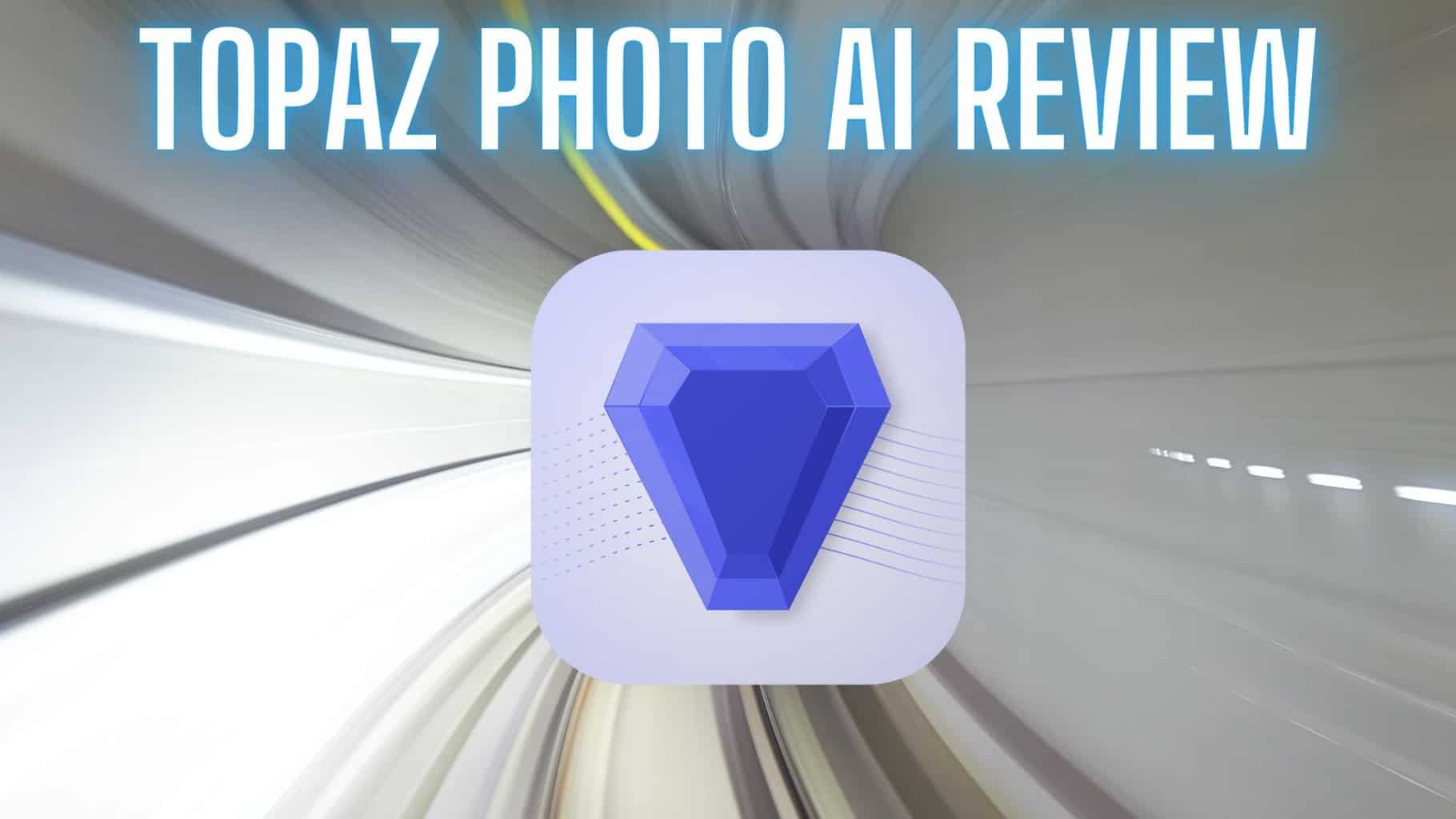 Topaz Photo AI Review and would I use it?

Welcome to my Topaz Photo AI Review where at I look at how good this software really is and if it’s right for you?

Should you upgrade if you have the “Image Quality Bundle”. As soon as Topaz Photo AI was released a few months ago I immediately went about installing it. My first few attempts of using it left me disappointed with the results I was getting so I just let it sit there and with every update I had another quick look at it.

Before we go any further I should mention I paid for this software myself and no longer have any affiliation with Topaz Labs (long story, that’s really short actually) So as I mentioned above I just wasn’t using it and didn’t play with it anymore as I personally found Gigapixel AI, Sharpen AI and DeNoise AI gave far superior results.

I have seen some amazing reviews for this application, was it just me? Was I missing a trick here or something?  So, I asked around a few serious photography friends and they all seemed to have very mixed reviews.

After getting loads of comments from Topaz Photo AI users recently about how great it was on one of my social media posts I decided to test it again as maybe recent updates have helped the software… Which brings us to this new Topaz Photo AI Review.

Or skip down further on this page to read my full Topaz Photo AI Review.

Topaz Photo AI was officially released on the 15th of September 2022 now interestingly it didn’t replace the Image Quality Bundle which is still available as I write this so what’s up there?

I get the fact that it’s an all in one editing platform for sharpening, noise reduction and enlarging but I presumed it would just be the other apps built into one with a few more machine learned or AI features also.

So why is there a difference and why are the apps as good if not better? Is this a marketing plan or is there an issue that’s being worked on? Sadly, I don’t have the answer to that question for you today….

There are two things AI technology does for us in photography… The first is it improves the picture quality and the second is it saves us time editing photographs.

So let’s look at both of these steps individually as for a fairer review I think that’s what’s really important here.

What fits right for me may not be right for you is my thinking. Let’s start on a positive note and look at editing speed first.

Topaz Photo AI is without doubt staggeringly faster at editing a photography that’s not sharp, is noisy and needs upscaling in comparison to using all three separate applications like DeNoise AI, Gigapixel AI and Sharpen AI but I would also hope most of us photographers won’t need all three apps at once.

The more common case is we would need one or two of these AI facilities to edit or enhance our photographs.

When just using one of the AI enhancements there is practically no time saving in using Photo AI over one of the other AI apps.

Where Photo AI comes into it’s own is when you need to use noise reduction and also enlarge a photo in one go. Photo AI does this a lot faster than using the other apps due to the time saved opening apps and saving images.

It also has another very handy trick up its sleeve in that it knows which AI edit to perform first so that is very handy and make sit easier for people unsure what to do next.

As I mentioned above I was less than impressed when I first tried Topaz Photo AI so I decided to update all my Topaz Labs Apps and record my editing results and directly compare them to the same shots being edited in Gigapixel AI, DeNoise AI and Sharpen AI.

Even after app updates in Topaz Photo AI you can still see that in the results that the individual apps are still better and give consistently better results. I had an image I was restoring for someone recently and when I tried it in Photo AI it came out like something out of a cartoon so I popped the very same image into Sharpen AI and Gigapixel AI with far superior results.

The first of my three videos is just below where I directly compare Gigapixel AI and Topaz Photo AI. The second and third videos are to follow shortly so stay tuned for them and don’t forget to please subscribe 🙂

Personally, I am seriously disappointed in Topaz Labs here as I always love to see how these companies continue to break new ground and push technology and each other forward which at the end of the day is great for photography and yes us the consumers also.

I am not doubting that Photo AI is a great app and yes it could very well work fine for you and that’s great I am delighted for you and keep it up.

I don’t understand how this could be worse than the stand alone apps and that’s why I am disappointed. I was honestly expecting it to be at least a tiny bit better as after all technology is improving rapidly these days…

Yes, I Know that Denoise AI, Sharpen AI and Gigapixel AI are also improving too as well all the time but for a new app to be behind the others doesn’t sit right with me.

It’s biggest rivals are it’s own stable mates as let’s face it if you already bought Topaz products right now there is no point in updating to Photo AI after that you have to look at some of the other amazing companies out there Like ON1, DxO and Skylum…

Look at what ON1 have done with NoNoise AI 2023 and how that has stepped forward dramatically now to over take DeNoise AI and DxO for the title of best Noise reduction software.

Look at Skylum breaking new ground with SuperSharp AI from a company that never released AI sharpening software before that’s a statement and something I seriously applaud.

Heck even from a design point of view the logo looks like very blah… That shouldn’t matter but it all points to something that for me lacks thought or direction, surely a step backwards is not the way forward!

Maybe I am looking at this all wrong and Topaz Photo AI is just for the novice who doesn’t understand the slider controls and how to use the other stand alone apps and in what order.

Topaz I seriously hope there will be a proper update to this app soon as competition is very good for us all.

With Topaz Studio being “sun-setted” as well as “Topaz Mask AI”, “Topaz JPEG to RAW AI” and “Topaz ADJUST AI” and the massively increased competition from some very serious competition it’s not loooking very positive.

Topaz Sharpen AI vs Topaz Photo AI Review is this the end?

Topaz Gigapixel AI vs Topaz Photo AI review which one is the best?

ON1 NoNoise AI 2023 vs Topaz Denoise AI shoot out and which one is better?

Why I am no longer using Topaz Labs Software.

What do you think? Is Sharpen AI worth it?

If you want to step-up your cinematography game then check out these other post on some cool products.