The Rule of thirds in Photography and when to use it. 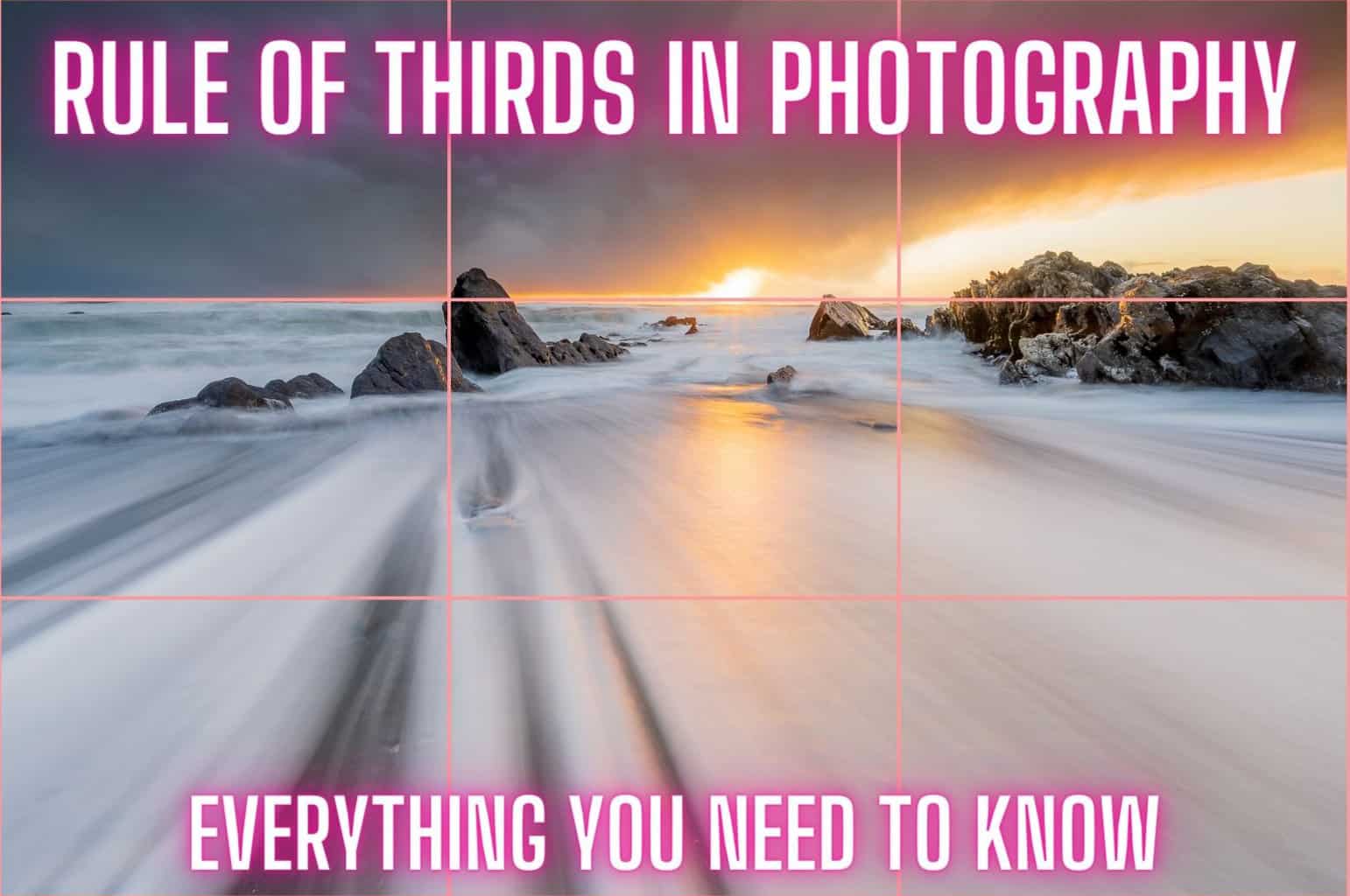 The Photography rule of thirds and when and how to use it.

The photography rule of thirds is a fairly basic rule for good composition and it generally just sits right in our heads when we look at a photography with this basic composition technique.

Interestingly the first trace of the Photography rule of thirds dates back to 1797 and it was discussed by the Painter John Thomas Smith when he was discussing another artists work and ever since then it has continued to grow in power and stature in the photography community.

In saying that it is so powerful now and so widely used that our cameras can actually superimpose this basic grid shape over our images to help us with our compositions. 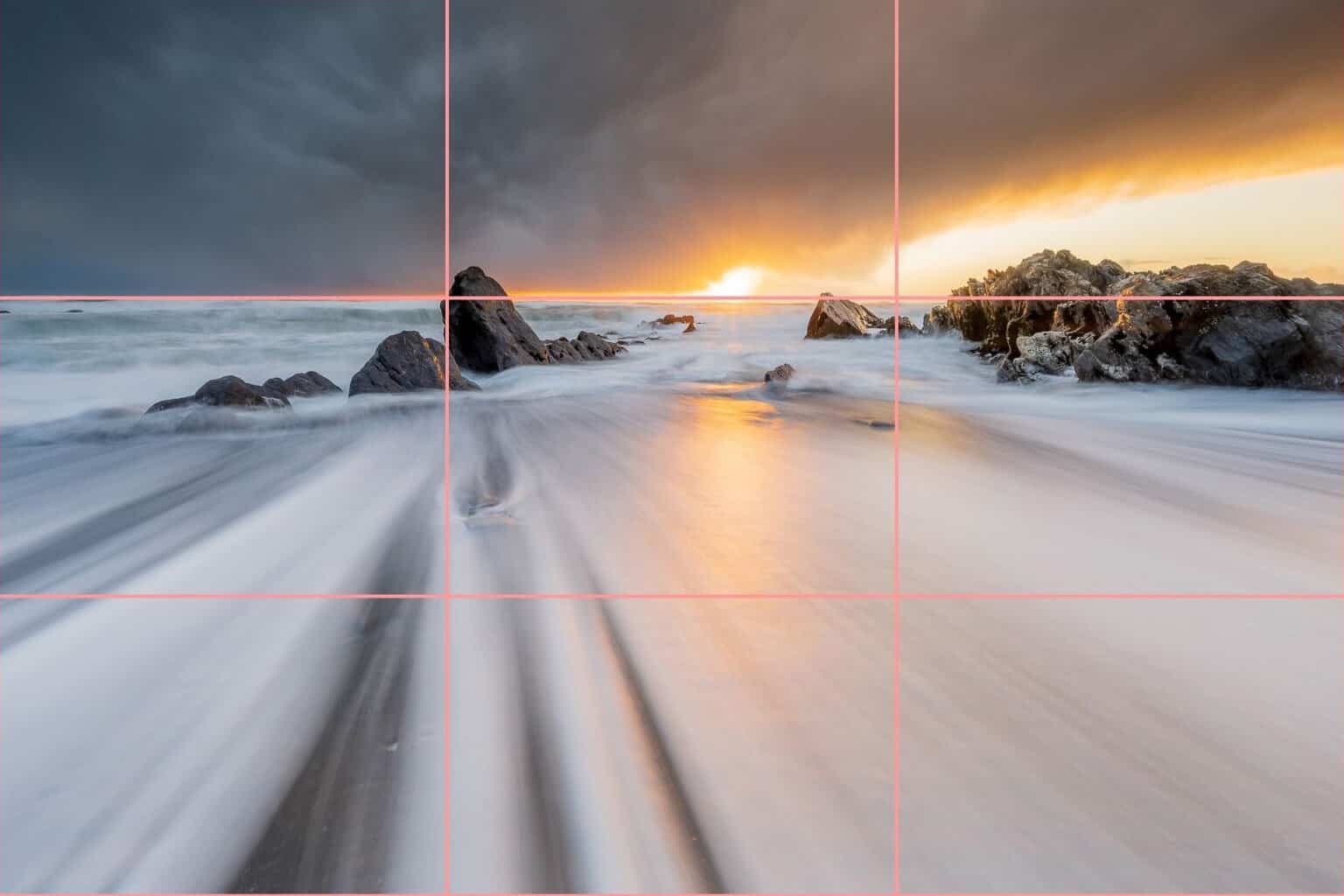 What is the Photography rule of thirds?

Basically the Photography rule of thirds is a grid like the one shown above where we dissect the frame into 9 equal sections with four intersecting lines. These two horizontal and Vertical lines give us our grid.

As you can see from the photograph above the horizontal grid lines are positioned on the parts of the frame where the main changes in the photograph occur. The upper most horizontal line is on the horizon more or less. It’s actually slightly above it in this shot with the waves on the left of the frame creeping up into the line due to them being taller in that part of the beach.

The lower horizontal line is at the slight transition between the foreground water then. It’s very hard to get that right in long exposure photography as you are having to guess the effect you are going to get with each wave.

The intersecting points of these lines is generally where you place the important elements of your image or your subject.

Should you always use the photography rule of thirds?

Absolutely not and this is something I tell everyone on my Photography workshops… rules are great and yes they help a lot with compositions but rules are also there to be broken and that’s something I love doing personally.

Take the photograph below for example… that is wrong in nearly every way when it comes to the rule of thirds but it’s still one of my favourites.

A lot of the time you can just feel the shot and if it feels right then it is right. Nevermind rules and what you should be doing if you like it that is all that matters is my motto.

Personally I never consciously think about the rule of thirds when I am composing my photographs, that’s possibly also where I am going wrong though so maybe I am not the best example here 🙂 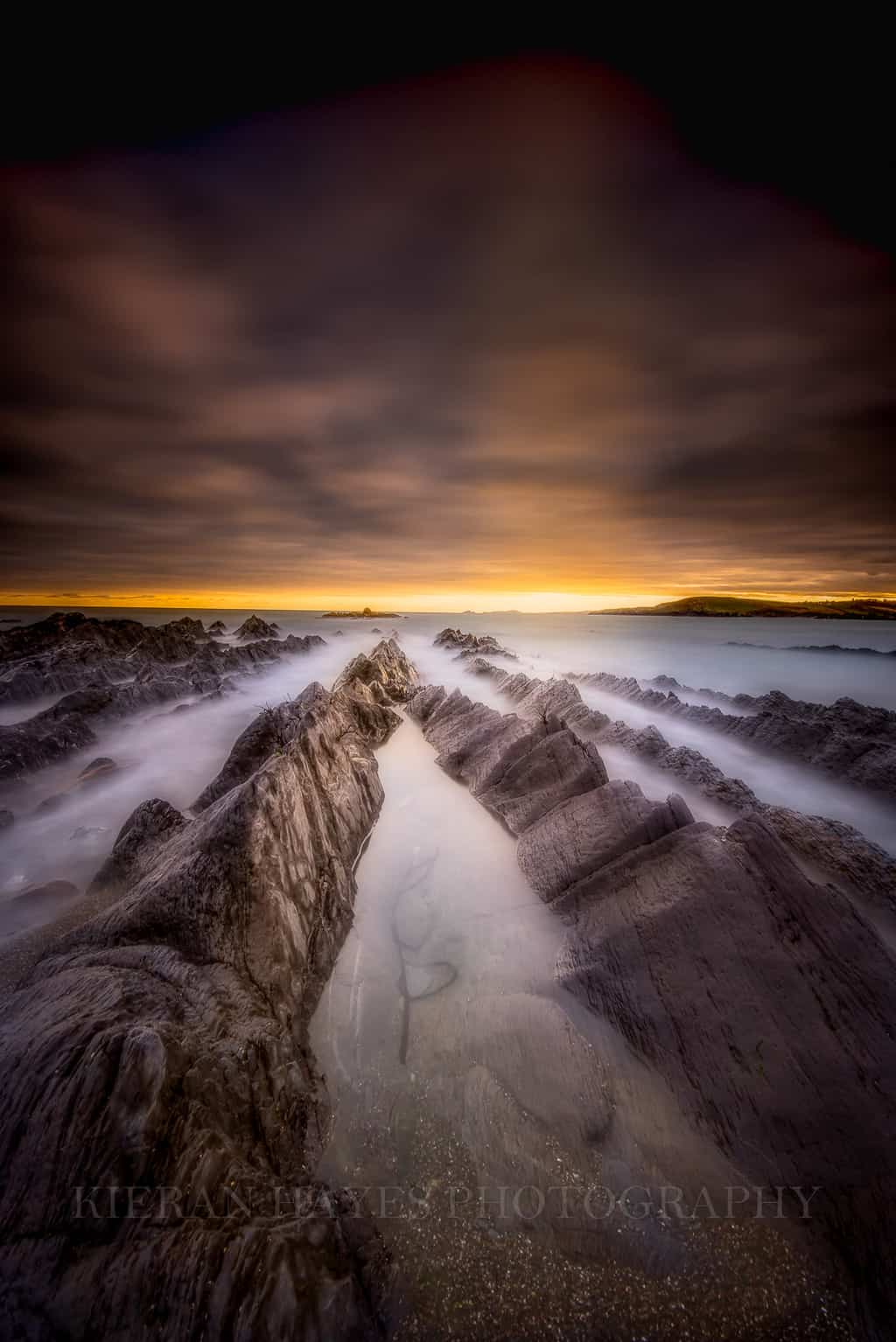 Is there another trick to Photography Composition?

The simple answer is yes there is but before we get to that let’s talk about leading lines and how they can be used to draw you into the image… I don’t know if you noticed it or not but in both the photographs above you have some subtle leading lines dragging or pulling your eyes and mind into the photograph which helps to create this story element in a photograph.

What the heck is a Photography Story Kieran?

To put it simply, every photograph should tell a story and in the good ones you don’t even notice it happening. You just kind of fall into them, it’s as though you are there and it’s all just unravelling around you.

If you find your photographs don’t tell a story then ask yourself was it just a snapshot and did you give that single image the respect it deserved?

The first step is you need to create a path for the viewer either by using leading lines (so you are showing the way to travel or discover the image) or by highlighting your subject and slowly unravelling your story from there.

It’s hard to put into words that make sense when you are reading this as you just don’t get the emotion behind it or at least I don’t anyway… hence why I think I need to do a YouTube video on that to really help convey the point. Until then checkout my Seascape photography tips below and hit that Subscribe button… go on you know you want too 🙂

If you have any questions then please do feel free to ask them.

How to force Google to instantly crawl your URL or page. Upscale AI for Luminar Neo, image resizing made simple…

The Ultimate guide to taking great photos in Ireland.

My Seascape photography tips and tricks to help you get amazing results today.

Jpeg vs Raw which is better and why?

My killer top 5 camera accessories you should have for your camera.

The secret tips and tricks of photography in eight minutes